Gausium Robots Became the Center of Attention at Intelligent Asia 2022

At the Intelligent Asia 2022 trade show which ended on August 25 in Taipei, the autonomous service robots from Gausium became the center of attention. Delivery X1 Pro, the autonomous indoor delivery robot of Gausium, was the eye-catcher that constantly drew visitors to the company’s booth. It drove around the site carrying name cards and product brochures of Gausium, attracting much attention with its cartoon seal “face” smiling and winking to people. Beyond its adorable appearance, X1 Pro has advanced localization and environmental perception capabilities powered by Gausium’s industry-leading navigation technology. It also adopts a suspension system for advanced shock mitigation effect to provide a stable, spill- proof delivery process. Moreover, the trays of X1 Pro are equipped with weight sensors and LED indicator lights that perceive and signal the load status. 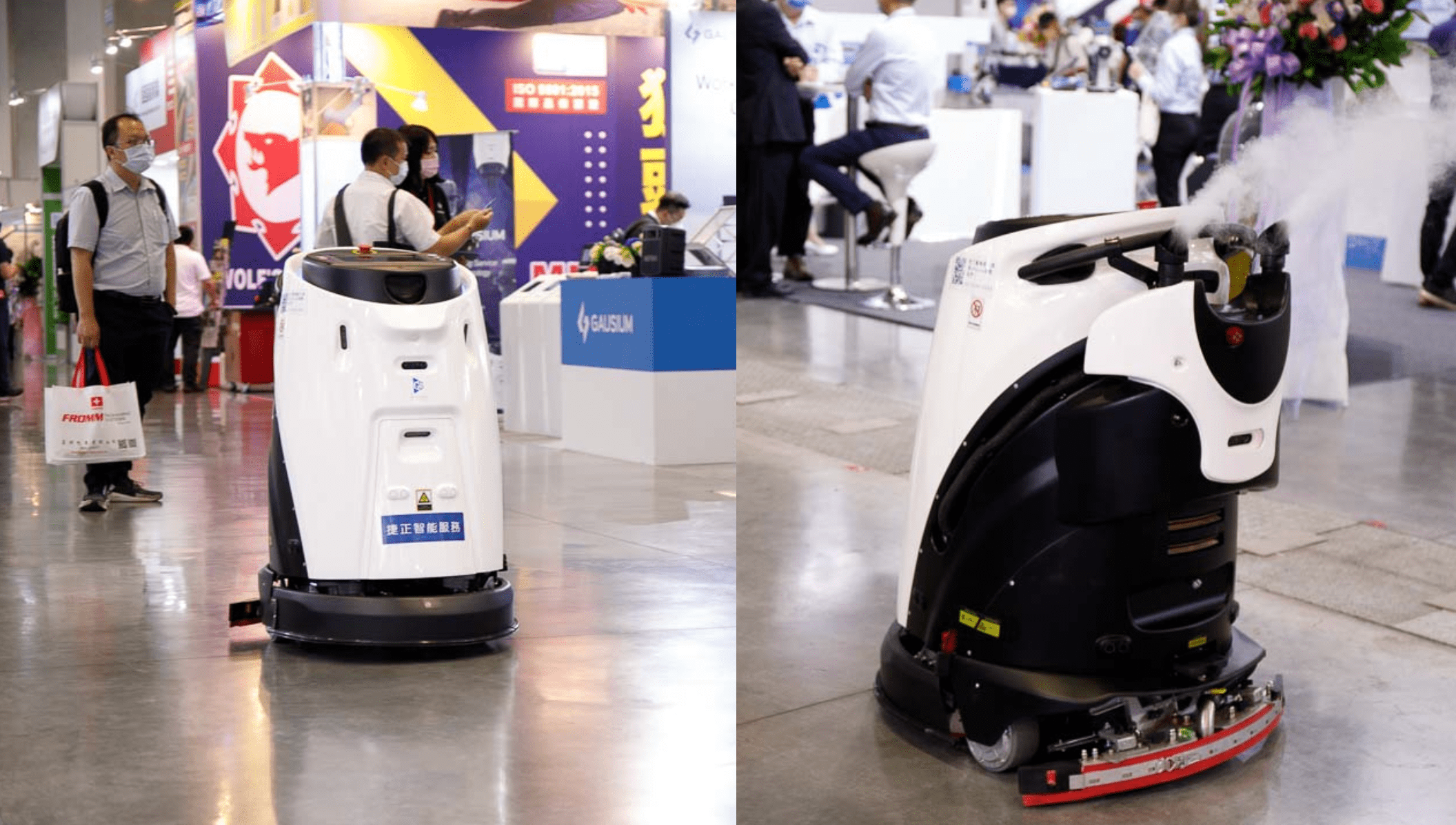 Two units of Scrubber 50 Pro, one of which carrying an atomizing sprayer kit, were taking care of the floor cleaning and disinfection of the site. The robots were spotted making way for one another when meeting “face to face” in aisles. Scrubber 50 Pro is an AI-powered robotic floor scrubber as well as the best-selling model of Gausium’s entire portfolio. It is the first of its kind in the industry that enables autonomous spot cleaning — scanning the cleanliness of the surrounding area with AI camera and going directly to clean where the waste is detected. It is also the winner of two top-notch awards of the global cleaning industry this year — European Cleaning & Hygiene Award and Amsterdam Innovation Award. 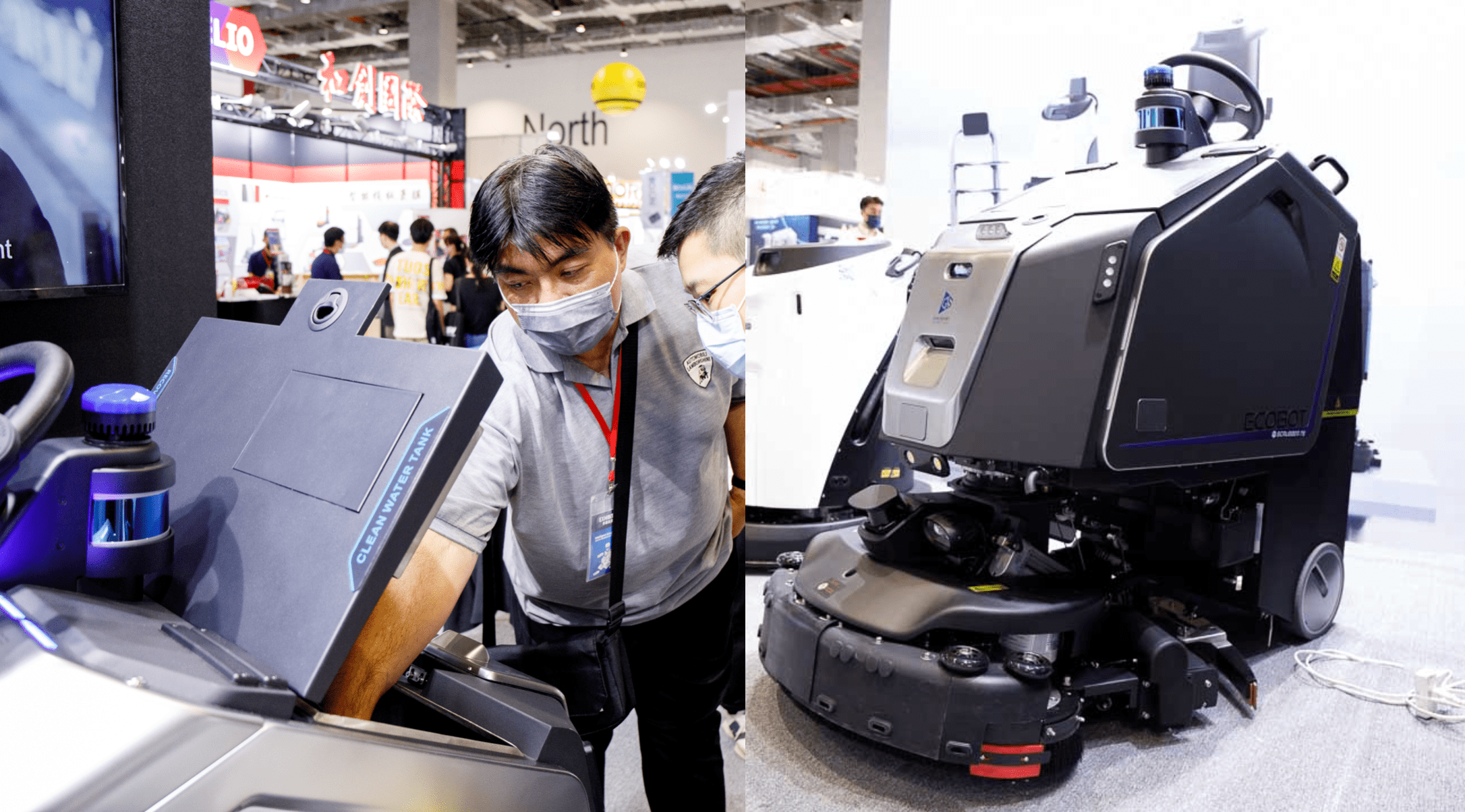 Scrubber 75 P was in a static display. It is the model specially designed and engineered for parking lot cleaning. The robot boasts advanced sensing with an industry-leading sensor system consisting of a 3D LiDAR, Millimeter-wave radars and a number of lasers and cameras. Its unique front-mounted brush head can rotate 270 degrees for thorough cleaning of corners and other hard-to-reach areas. During the show, the cover of the Scrubber 75 P was lifted to reveal the inside of the machine, which features a built-in water recycling system. It is a 5-stage filtration system that enables reuse of water collected from the ground and saves up to 80% water consumption for cleaning. 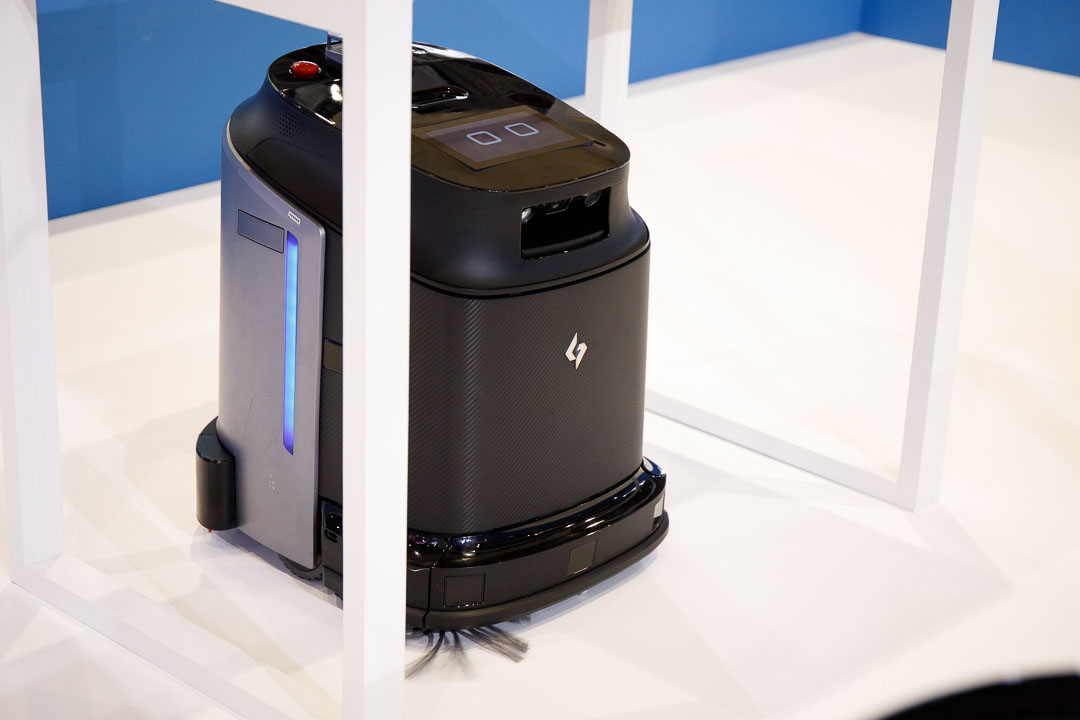 The focal point of Gausium’s booth must be the newly launched “all in one” cleaning robot — Phantas. Designed for small and medium-sized facilities, Phantas is unusually compact for a commercial cleaning robot. A table was put on the spot to vividly demonstrate its small size — Phantas could effortlessly drove under the table to perform cleaning. Despite its compactness, Phantas is a powerful and versatile robotic cleaner that integrates four cleaning modes: scrubbing, vacuuming, sweeping and dust mopping. On top of that, Phantas has inherited the groundbreaking Auto Spot Cleaning feature from Scrubber 50 Pro. The robot is also hyped for its self-mapping capability, which is a huge leap for the industry.

Please select the type of your business, and help us direct to the right person.