Gausium, a leading company of autonomous cleaning and service robots, made its debut at the world’s most influential tech show CES 2023 in Las Vegas. During the show, Gausium displayed an array of robot models and introduced for the first time its self-owned autonomous navigation system named “GMind X”.

Particularly, WIFI Positioning is a new feature that will be available by the first half of 2023. Based on WIFI fingerprints, the localization system enables the Gausium service robots to precisely identify floors working in multi-storey buildings, especially in hotel environments where the identical floor plans made vision-based localization methods unreliable for floor identification. According to Gausium, the WIFI positioning system also allows operators to position themselves via mobile devices, and so they can “summon” the robots to come over for occasional tasks.

Another highlighted feature of the navigation engine is the deep-learning-based environmental perception. It is claimed that the algorithms are trained with millions of real-world images and that the empowered cleaning robots are able to recognize types of obstacles and garbage with 99% accuracy. 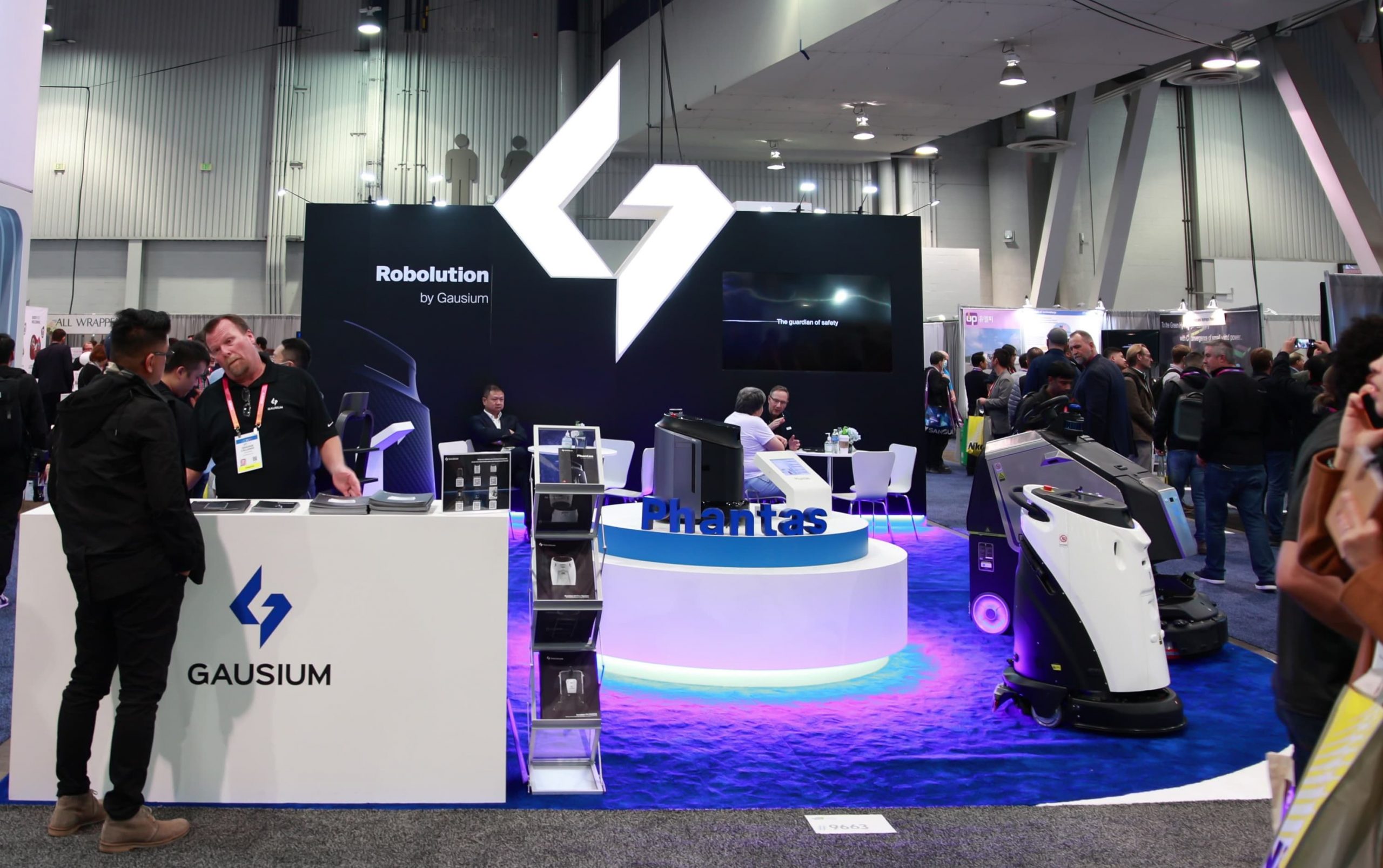 Exhibited on a platform in the middle of the booth, Phantas, the latest robot product of Gausium, grabbed the most attention from the visitors. According to Gausium, this compactly-structured commercial cleaning robot is developed specially for small and medium-sized facilities. It integrates multiple cleaning modes to suit diversified flooring materials. Driven by AI deep learning, Phantas can detect waste and perform autonomous spot cleaning, and recognizes obstacle types to make smart avoidance decisions. The robotic floor cleaner, officially released in May 2022, was approved by the cleaning industry with the top honor ISSA ‘Innovation of the Year’ Award five months after its launch.

As a SLAM-based autonomous navigation system, GMind X is applicable to a broad range of indoor mobile service robots. It has fueled Gausium’s fast product line extension in the past few years along with the company’s other in-house technologies. By leveraging the highly scalable robotics software useful to a multitude of product areas and business units, Gausium will be able to meet a wider scope of market needs in the future.

Please select the type of business you’d like to have with Gausium.